The operation and rules of the Department of Motor Vehicles are about as difficult to understand as the Internal Revenue Service and Federal Tax Code. Like the IRS, the DMV has great clout over you. 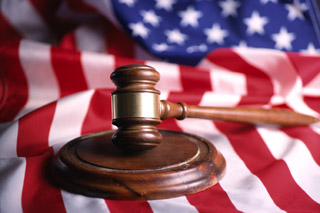 The DMV has the legal authority to suspend or revoke your driving privileges. A person’s license may be suspended for multiple reasons, each of which must be cleared before the person again is able to drive. Example: Joe likes to drive fast, and police cite him repeatedly during a 12 month period for excessive speed. Each speeding conviction adds points to Joe’s license, and when the total points exceed the maximum permitted within the specific time period, the DMV suspends Joe’s license. Joe also goes to a Christmas party, drinks and drives, and is arrested for a DUI. Joe never sets his administrative per se hearing. Joe’s license is suspended by the DMV based on his DUI, which is independent from his excessive points.

However, you must act quickly to preserve your right to a hearing. You have only 10 calendar days to perfect your hearing. If you or your legal representative contact the DMV within the 10 calendar day period, the DMV is legally obligated to hold a hearing, the administrative per se hearing, before it can try to suspend your license.

If the tenth day is a holiday or weekend day, what happens? You had better contact an attorney, because the local drivers safety branch offices routinely try to deny hearing requests, if, on the eleventh day (the first day after the holiday or weekend), a person contacts them. I have been successful in reversing the DMV’s denials in cases such as these.

However, what happens if more than 10 days pass? You still have a chance to obtain a hearing, but the DMV has the discretion, rather than the obligation, to grant or deny your request for the hearing. If more than 10 but less than 30 calendar days have passed since the issuance date of your pink notice of revocation/suspension, you have the opportunity to obtain a discretionary hearing. The real issue becomes why were you unable to act within the original ten day period following your arrest. We must explore extraordinary circumstances that occurred at the same time as your DUI that made you overlook the ten day requirement. For example, a reasonable explanation may be that the sudden and severe illness of a close family member so preoccupied you that the ten day period elapsed. Please note that there is a special procedure that must be followed in requesting a discretionary administrative per se hearing.

What is the suspension period for a DUI? The length depends on several factors. For a first offense, with a driver who is 21 years old at the time of the offense, the period is either four, six, ten or twelve months. It is four months if the driver took a chemical test, and the result was under .20% blood level alcohol. It is six months if the chemical test detected controlled substances (cocaine, methamphetamine, heroin, etc). It is ten months if the chemical test result was .20% or higher, and twelve months if the first time offender refused a chemical test or took the test after being involved in a DUI accident with injuries. If the driver was under 21 years old, the suspension is for one year (and may be tempered by a finding of a “critical need to drive.”

Although the DMV will suspend a multiple offender’s license for one year, courts will do more. A second offender will face a two year suspension. A third offender has a three year license revocation. A fourth offense DUI carries a four year revocation.

Is there anything a person can do to reduce the period of suspension? Yes. For a first offender who took the chemical test and is 21 years or older, the person can reduce, for example, the four month suspension to one month or less. For the first month following the suspension, the licensee cannot drive at all for any reason. This one month period is referred to as the “hard suspension.” After the one month period (or less if back credits are awarded), the licensee can apply for a restricted license. The restricted license will be for five months.

A restricted license allows the driver to drive only to and from work, and to and from a DUI program. To obtain the restricted license, the driver must enroll in at least a three month long DUI program, show proof of financial responsibility, and pay a reissuance fee to the DMV of $125. If the driver, however, fails to complete the DUI school or fails to maintain minimum insurance coverage for three years following the DUI, the DMV will resuspend the license.

If the licensee is a second offender, the person may apply for a restricted license after a 90 day “hard” suspension if, among other requirements, the person installs an interlock device in any vehicle he/she operates and is enrolled in and attending the multiple offender DUI school (18 months long). The 90 day “hard” suspension means that for 90 days, the second offender cannot drive at all for any reason for that period of time. A third offender or fourth offender may be able to reduce their period of loss of license by installing an ignition interlock device as well.

Lastly, after setting the hearing for your license, what are documents should you expect to receive from DMV and when will your receive them? It is a misdemeanor to provide certain witness information (telephone numbers, addresses and other contact information) to an accused. Therefore, licensees who are unrepresented by counsel may have difficulty in obtaining the complete police reports themselves if such information is in the reports. As to when the DMV will provide the reports (called “discovery” in legal parlance), the DMV will not send out reports unless it has all discovery ready (not only the police reports, but the chemical test results as well). If you took a blood test, the lab results take time and may or may not be ready by the hearing date. If the discovery is not received within a reasonable time before the hearing date, the hearing must be continued so that the defense is properly prepared. A hearing officer cannot conduct a hearing without providing full discovery to the defense without violating constitutional due process and fairness doctrines. The discovery that attorneys receive from the DMV contain police reports, chemical test results, the DMV witness list and document checklists, and the licensee’s DMV record.

The DMV hearings are recorded to preserve the evidence for any appeals. The hearing officer will not reveal after the hearing ends what the decision is. Instead, the DMV sends a written decision to the attorney and licensee by mail, typically within 30 days of the hearing.

Sounds complicated?
Welcome to the DMV.