A driving under the influence case has two separate parts, the criminal case and the Department of Motor Vehicle (“DMV”) hearing. 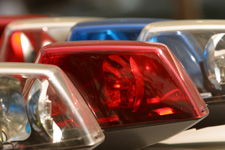 I. Attacking the police officer’s observations of bad driving

The prosecutor will try to show that alcohol impairment caused bad driving. For example, a prosecutor will argue that speeding or failing to stop fully at a stop sign is consistent with being impaired. 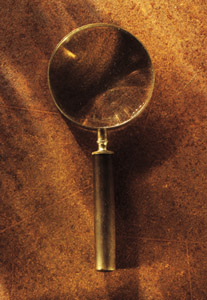 We want to highlight all the facts of your case that are consistent with sobriety.

The prosecutor will highlight anything that you, according to the police report or witness statements, failed to do correctly during the field sobriety tests.

We may wish to contest the field sobriety tests in several different ways. First, we could emphasize that being impaired for purposes of driving under the influence cases means mental and not physical impairment. The prosecution and the police officer, almost inevitably emphasize errors that a driver makes on field sobriety tests. We, however, may want to show that any “mistakes” either did not occur or if they did, were caused by physical and not mental impairment.

The following illustrates how to refute an officer’s conclusions about poor performance on field sobriety tests. The officer may have directed you to perform, for example, a “heel-to-toe” test in which you must take a certain number of steps in one direction and then turn around and take another number of steps to return. The officer will write in the police report, for example, that you did not place your heel immediately against your toe on step number three and left a distance of one half inch between your two feet. Physical problems of your being stiff from driving late at night can cause such a result. Moreover, uneven surfaces, fatigue, and/or glare from oncoming traffic (or from the officer’s own vehicle) can cause such a result. Equally importantly, certain gaps between a person’s heel and toe are, in fact, permissible.

In addition, we may want to show everything that you did correctly on each of the field sobriety tests. Using again the example of the heel-to-toe test, we can break down the heel-to-toe test into separate parts. For example, if the officer had you perform eight steps out and seven back, with your having a gap between your heel and toe at step four going out, we could show that you did step one going out correctly, step two, step three, step five, step six, step seven, step eight, etc and keep a tally of everything done correctly vs. those done incorrectly. If, for example, during the entire field sobriety tests, you did 79 things correctly and three things incorrectly, that surely would be a passing grade in school, work, etc.

III. Refuting the so called “objective symptoms of intoxication”

The prosecutor will point to information in the police report from the officer about, for example, your red or watery eyes or “odor of alcohol” on your breath. We must, from the very onset of the case, emphasize that the law does not prohibit drinking and driving. The law prohibits driving while impaired. This difference is because those so called symptoms are present when persons drink, whether or not those persons are impaired. In addition, we can show that other factors, independent of alcohol consumption, can produce red eyes (contacts, fatigue). In addition, the “odor of alcohol” is a misstatement because the additives in alcohol, rather than alcohol itself, create the odor.

Alternatively, we could (if factually correct) use the “odor of alcohol” to establish that you drank immediately before getting behind the wheel and thus has a rising blood alcohol defense (while driving, the blood alcohol was under the limit, but by the time you were taken to the station for the test, your body has fully absorbed all the alcohol and thus you at the time of the test were over the .08 limit).

IV. Casting doubt about the validity of the chemical tests

The prosecutor may receive a chemical test report from a “criminalist,” a person employed by a crime lab, about the chemical tests and your sobriety at the time you were driving. The chemical test may be blood or breath. However, we can show that many criminalists have very limited experience, or that they are biased because all of their experience has been gained through their employment with law enforcement. Moreover, the criminalist’s resume could show that he/she has never written any articles about his/her so called area of expertise (in contrast to a defense expert).

We can have the blood sample retested to show that the criminalist failed to test the sample to determine if the appropriate level of preservative and anti-coagulant were present (the absence of either or an insufficient or overabundant amount of either may cause a false high reading).

Moreover, if we retest the blood sample and obtain a lower result, the degree of discrepancy between the initial and second test may create reasonable doubt and thus the basis for a dismissal or reduction of charges.

As to a breath test, the breath machines must be properly maintained and calibrated on a periodic basis. Through the discovery process, we could obtain the calibration and maintenance records and use them if they show any maintenance or calibration problems. Moreover, by statute, the officer must observe you for 15 minutes before having you perform the breath test to prevent the contamination of the breath samples by any foreign source (belching, vomiting, etc). We can to exploit any failure by the officer to maintain the appropriate 15 minute observation period. Furthermore, any specific medical or dental conditions leading to the trapping of mouth alcohol or production of belching or regurgitation can be shown to cause an artificially high result. In addition, if your breath test result differs by more than .02%, there can be problems admitting the test results against you.