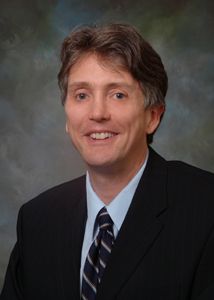 I am very sorry that you were arrested for driving under the influence. You have just endured one of the most humiliating experiences of your life. I understand and want to help. My name is Mark Blair, and I have been an attorney since 1985 and have 31 years of experience in DUI defense. I will give your case the same, special attention as I have done for the thousands of other persons charged with DUIs I have represented.

I have created this web site information to provide you with as much information as possible. Understanding the DUI process will enable you to make critical decisions. You are at a crossroads in your life, and the choices that you make now may have lifelong consequences. The facts of each case are different, and the laws are constantly changing. What happened with a friend’s DUI several months ago may not apply to you at all. The facts of your case need my personal attention.

Please, time is of the essence. Your driving privileges and liberty are priceless, so you must act quickly. To save your license, you must take steps within 10 days of the issuance of the notice of suspension/revocation to preserve your privilege to drive.

Since I began as an attorney in 1985, I have handled thousands of DUI cases and have extensive courtroom experience. I have done a significant number of DUI jury trials, as well as an extensive number of Department of Motor Vehicle administrative hearings (license suspension hearings).

I hope the following does not apply, but it is too common occurring scenario to ignore. Some persons may feel a sense of resignation and hopelessness after being arrested and charged with a driving under the influence offense. Those persons may erroneously conclude that they should just “go into court, accept their responsibility, and plead guilty because they in fact were intoxicated while they drove.”

Moreover, if you fall into one of the following categories, there are additional reasons to retain an attorney: having a very low blood level alcohol (borderline driving under the influence case), having a very high blood level alcohol, or having an accident while driving under the influence. These individual factors as well merit a review of your case by a qualified attorney. Please remember that even if your court case is dismissed, the DMV may be taking action against your license. You may be in the unusual situation of having no criminal charges, but having a suspended license if you fail to act promptly. This anomaly has led to the following problem: a person’s court case is dismissed, but the person, because of failing to act promptly, has his license suspended. Years later, the person is again arrested for a DUI. The courts treat the second arrest as a first time offense (because the first case was dismissed). But the DMV treats the second case as a second offense, and the license may be suspended for two years as a result! So, please, call me for a free, confidential and informative consultation.

I have practiced law in California since 1985 and have always been a criminal defense attorney and never a prosecutor putting persons in jail. I look forward to speaking with you!

You ought to contact an experienced attorney like myself to discuss how you may best preserve your interests, license and liberties. I hope to represent you by earning your confidence with the high degree of information, experience and personalized service that I offer. I am committed to obtaining the best possible result for each person I represent. Please call any of my telephone numbers for a free, informative and confidential consultation.

I offer high quality and affordable representation (fixed flat fees with no hidden costs). I accept credit cards and have payment plans. I look forward to speaking with you!