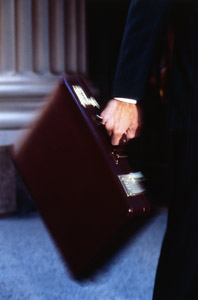 Whether or not you choose me as your attorney, I strongly recommend that you have an attorney for a driving under the influence of alcohol (“DUI”) case.

First, DUIs are extremely complex. They involve both civil and criminal law, two different standards of proof, and two different sets of rules of evidence. They have drastic, lifelong consequences.

Prosecutors typically file two charges against a driver suspected of being under the influence of alcohol and/or drugs. The first, driving under the influence of alcohol and/or drugs, has no mention of a specific level of intoxicant. The driver just has to be “impaired,” such that the driver no longer has the ability to operate a vehicle with the caution of a sober person under the same circumstances. The second charge, a violation of California Vehicle Code Section 23152(b), is driving with a .08% or more by weight of alcohol in the blood. Here, the Prosecutor will try to show by extrapolating back in time from the time of the test to the time that the driving occurred that the driver had a .08% or more of alcohol in his or her blood while operating the vehicle.

Second, a mere DUI arrest carries significant consequences. The arresting officer typically confiscates your license and replaces it with a temporary one that expires in 30 days. Within 10 days after your arrest, if you fail to contact the Department of Motor Vehicles (“DMV”) to schedule an administrative per se hearing, your license will be suspended. There are tactical considerations about the kind of hearing that you should have. The hearings may be either in person or telephonic. Each has its advantages and pitfalls. The hearing itself is completely different than a criminal hearing. The rules of evidence are much less rigorous (disadvantage to you), and the level of proof that the DMV must show to sustain a suspension of your license is far less than in a criminal case (again, a disadvantage to you).

Third, convictions for DUIs carry significant potential consequences. Among them can be the loss of license, jail, fines and mandatory attendance of alcohol programs. For example, the time that a person loses his or her driving privileges depends on the facts of each case.

Given the myriad of consequences for driving under the influence cases, any prudent person should consult with and retain an attorney for a DUI case.