How to Get the Best Outcome

My goals when I represent a person are above all, dismissal, and if a dismissal is not possible, then a reduction of either the charges and/or the consequences. A dismissal is achieved through a thorough review of the facts, a determination of the weakness and/or flaws in the prosecution’s case and the strengths of your case, and the proper presentation of the weaknesses of the prosecution’s case and the merits of your case. Dismissal may result from my negotiating with the prosecutor, the filing of appropriate motions (example: motion to suppress the evidence), and/or trial.

Motions to suppress the evidence are based on constitutional violations that occurred in your case. The police need a lawful reason to stop you initially. Moreover, police must have a lawful basis to arrest you. If the police lacked one or both reasons, any evidence obtained as a result of police contact with you may be “suppressed,” meaning inadmissible against you. Evidence in DUI cases that can be suppressed are the police observations of any driving mistakes that they attribute to your drinking, any purported failures by you to correctly pass the field sobriety tests, and any numerical results of either the preliminary alcohol screening device and/or the chemical tests to which you submitted after your arrest. 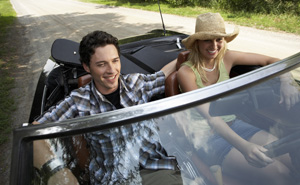 If a police officer states in his/her report that the officer witnessed something that you believe did not happen, how can you refute the officer’s statement? Police reports are only the starting point of “discovery,” a legal term meaning knowledge of all information either unfavorable or favorable to your case. Other sources of information are dispatch tapes that may reveal the real reason that the officer stopped or arrested you. Dispatch tapes are recorded communications between the officer and the dispatcher at the police station. Police officers routinely inform dispatchers what actions they are taking and why they are taking them. The importance of dispatch tapes cannot be overlooked. I cross examined a police officer on the witness stand about contradictory statements between his police report and dispatch statements. He invoked his privilege against self incrimination! As a result, approximately ten cases that involved this officer were dismissed! So, the moral of the story is that just because cops write it in the report, it just doesn’t mean that it happened.

If a case cannot be dismissed, then all attempts should be made to reduce the charge to something other than a DUI. There is a variety of lesser charges. Imagine a pyramid. At the top is what DUI attorneys term a “wet reckless charge,” a violation of section 23103 pursuant to section 23103.5 of the Vehicle Code. “Wet reckless” convictions may be used as a prior alcohol related conviction in the future if you suffer a DUI arrest in the future, but they carry much lower fines, much lower DUI school consequences and typically no imposition of jail time or community service.

Better than a “wet reckless” conviction is a “dry reckless” driving conviction, pursuant to Vehicle Code section 23103. Such a conviction has no alcohol related connotations and thus cannot be used as a prior conviction if, in the future, you suffer another DUI arrest. Because it has no alcohol related consequences, you will not be ordered to attend any DUI school. Fines should be low, and no jail or community service is typically imposed. Please note that both “wet” and “dry” reckless driving are misdemeanors. Even better than any reckless driving resolutions are cases in which the outcome involve infractions. Infractions are not misdemeanors, and carry no jail time and only a fine. Infractions may be either moving infractions (counting against your point total for license and insurance purposes) or non moving.

How do you obtain the best result? The answer is through teamwork. My representation is a partnership in which we work together to achieve the best result. No one can change the past (although we can interpret the facts in the best possible manner), but we are able to mould the future. The actions that we take before going to court are critical in your achieving the best result.

To understand the importance of your taking certain actions now, please step back from your DUI situation and imagine that you are the judge before whom you will appear. In the typical scenario, when a person comes before the judge, the person will have done nothing by the time he/she goes to court to improve the outcome of his/her case. Typically, the person does not inform the judge about all the person’s positive accomplishments: working, going to school to better oneself, paying taxes, serving in the military, having no prior record, volunteering, performing community and/or church activities, and helping others by being a mentor. Typically, the person has not taken any steps to show a judge that the person is serious about not getting another DUI. So what do you think will happen to such a person? At the time of sentencing when it is most crucial to obtain favorable discretion from the judge but the judge lacks any information about why the judge should show the person leniency, chances are poor that the judge will give the person a favorable result.

What I want for you is just the opposite. At the time a judge sentences my client, I want to tell the judge in glowing terms about everything positive that my client has done in the past, as well as all the actions that my client has taken since the DUI to show that another DUI will not occur in the future. Do you think that the judge will be more inclined to give you, rather than the person described in the paragraph above, favorable discretion? The answer is obvious. I am confident that a judge will be much more receptive to my requests for leniency.

How can we get to the point of the judge reacting so favorably to you? First, I need to know who you are and all your many positive accomplishments.. For me to learn this, I have designed a questionnaire that you may either download from my website atwww.bayareaduilaw.com (under the link “questionnaire and sample forms”) or receive from me.

In addition, I want to show the judge that you enjoy community support. I have sample letters of recommendation that you may either download from my website at www.bayareaduilaw.com(under the link “questionnaire and sample forms”) or receive from me.

As to the steps you may take to demonstrate to the judge that your conduct will not reoccur, many may depend on the particular facts of your case. However, standard advice is the attendance of alcoholic anonymous meetings (two to three times a week each week before court), going to counseling, seeking outpatient treatment, or enrolling in residential treatment programs. Obviously, not all measures that I just described are needed in every case, or perhaps at all. However, when in doubt, just ask yourself one question: “Since only you know what really happened and what the facts of the case really are, what do you think you should do?” Please remember that in any case involving any fact that could be interpreted as an aggravating circumstance resulting in potentially greater punishment, steps should be taken to ensure the judge that such conduct will not reoccur. Examples of potentially aggravating behavior include any excessively high blood level alcohol (.15% or more), accidents, prior criminal record of any sort, prior DUIs (whether or not within the 10 year period, because the prosecutor will mention them to the judge who may consider them for purposes of sentencing), being under 21 years old and drinking/driving, having young children in the car while drinking/driving, being on probation or parole for any charge, and having committed other criminal offenses in addition to a DUI.